Book Review: In The Beginning by John J Higgins 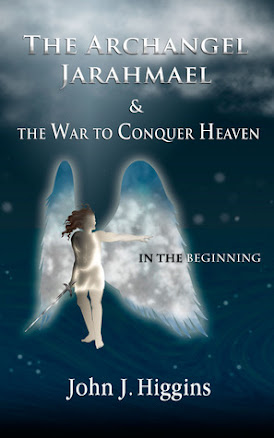 Book Title: In the Beginning

Subtitle: (The Archangel Jarahmael and the War to Conquer Heaven #1)

Part of a series? Yes

Short Summary of the book:

This is an alternative telling of Genesis, the first book in the Christian bible. We all know about the “In the beginning” and follow as the heavens, the universe and earth are created. In the book, we read about the archangels and other angels and how they came to be. Dinosaurs are also mentioned and, of course, Adam and Eve. Oh, don’t forget Lillith. Lucipherius, the first archangel plays an important role too in this book.

What I liked about the book:

Even though many people will have heard the story of how life came to be, this was an alternative way of looking at it and described the story from the point of view of the angels.

The first few chapters were a slow start, however, about halfway through the book, the pace increased and attention was easier kept.

My favourite bits in the book:

Jarahmael never seems to lose the kindness we all expect angels to possess.

My least favourite bits in the book:

The book told the first book of the bible in an alternative way.

Any further books in the series? Any more planned by this author?

I understand this is the first book in a 3-part series.

What books could this be compared to and why?

This book is tackling a subject not often tackled in this way. It is unique in the interpretation and viewpoint.

In summary, I would recommend this book for the following readers:

If you like to look at the story of Genesis in a different way, this book may be the book for you.

I look forward to reading more books by this author.

Even a match made in Heaven can go awry. THE ARCHANGEL JARAHMAEL AND THE WAR TO CONQUER HEAVEN is the epic three-part story of the Creation of the Universe, told from the perspective of the Angels themselves. The first book of the trilogy, IN THE BEGINNING describes the initial creation and the establishment of the Seven Heavens and the Nine Orders of Angels, but it also tells of the first Humans, Lillith and Adam. Although they are quite literally a match made in Heaven, free will wreaks havoc with destiny when Lillith falls in love with the Archangel Jarahmael. Can love, as the very essence of the Almighty's Universe, survive free will? Or will love, when exposed to an untethered will, rip the Universe apart, pitting Good against Evil in a battle for all?

John J. Higgins is an attorney and former statewide prosecutor who has had a multi-faceted career and life. He has worked on farms, performed firearm repairs, and refinished and sold antiques, all before he finished high school. In between pursuing his college studies, he supervised industrial finishing operations and assisted in developing a powder coating system. After college, he worked fulltime and attended law school at night. He also filmed rock stars and celebrities for public service announcements and produced and emceed a play that performed before audiences that totaled over 170,000. In his career as an attorney, he researched and wrote policy papers for governmental committees, drafted legislation, and revised statutes. In his role as a statewide prosecutor he was involved in some of the highest profile cases in his state, from prosecuting multiple and complex crime rings to homicides, including those committed by a serial killer. Among other things he does in his private life, he can scuba dive and pilot an airplane. An avid student of history and spiritual development, he lives in New Jersey in an old Victorian train station he converted into his residence. 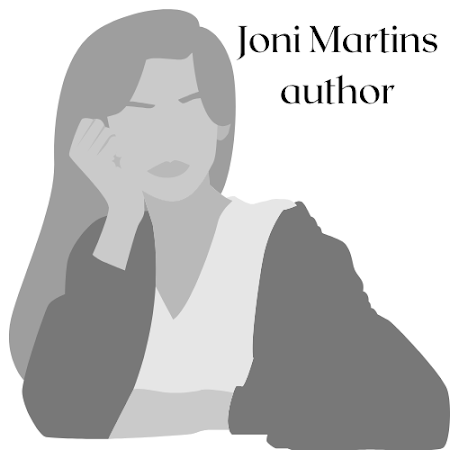 Joni Martins was born in the Netherlands and now lives in the United Kingdom with her family. She is in her early fifties and she has so far written and published five books in her ‘Friends, family and love’ series. Four are available in both English and Dutch, the last one only in English. The first book, Captive Love, was published in December 2017. Joni has always loved writing, but could not act on this while she still was working in her career. Now retired, she is now focusing on her career as a multi-genre author and loving it. Joni is working on the sixth book in the series which she hopes will be ready for publication around Christmas 2018. She has several other books planned, both in this series and apart from it. Meet up with Joni on her blog (https://jonimartinsauthor.blogspot.co.uk/) and website (https://sites.google.com/view/jonimartins), on Twitter (@JoniMartins3), Facebook, Instagram and Pinterest. She would be happy to meet you there. The latest developments regarding her work can also be found there. Her latest book "Diary of a Female GP" is due to be published on the 15th of August 2020.

The Friends, family and love series

Keep occupied with a free book by @JoniMartins3 during self-isolation.
No need to get bored.
CAPTIVE LOVE by @JoniMartins3
"This book was absolutely amazing.”
Several ⭐️⭐️⭐️⭐️⭐️ reviews.https://t.co/o3LYwEbn6J
Music: https://t.co/1YH4Y1DEmN pic.twitter.com/K1oKZ7clfU

Everything is different since Rob saved Lydia from Sam.
Can things get back to normal again?
Will Sam kidnap Lydia again?
FREED LOVE by @JoniMartins3
⭐️⭐️⭐️⭐️⭐️https://t.co/lJxxNAdrZu (18+)https://t.co/SGQUTE3DBW pic.twitter.com/4Auuj2fttd

When Krista and Theo try to open their friends eyes, they open their own too.
Keeping their love hidden is not easy.
HIDDEN LOVE by @JoniMartins3
⭐️⭐️⭐️⭐️⭐️https://t.co/Q3X7Sz5ZAS
Music: https://t.co/1YH4Y1DEmN pic.twitter.com/GrZKUpPjEr

Theo breaks off his relationship with Krista when his sister finds him unworthy of her friend.
Depression and suicidal thoughts surface. Can their love be saved?
LOST LOVE by @JoniMartins3
⭐️⭐️⭐️⭐️⭐️https://t.co/1sTRhJgGWf
Music: https://t.co/1YH4Y1DEmN pic.twitter.com/5q6XqM3mAc

You do not expect to meet your brother’s best friend on a camping holiday in France.
Join Freya and Joshua on their journey.
HOLIDAY LOVE by @JoniMartins3
⭐️⭐️⭐️⭐️https://t.co/1RDmY1bYIB
Music: https://t.co/1YH4Y1DEmN pic.twitter.com/vOGN9fvC23

Can Freya and Joshua’s love survive the surprises thrown at them? Or her father’s objections?
GROWING LOVE by @JoniMartins3
Still in progress.https://t.co/pfC44ncoO1
Music: https://t.co/1YH4Y1DEmN pic.twitter.com/ZILKkCkoPf

Diary of a Female GP, still in progress, non-fiction

Fancy some non-fiction? A book based on real-life General Practice? (Pre-COVID-19)
DIARY OF A FEMALE GP by @JoniMartins3
Still in progress.https://t.co/pfC44ncoO1
Music: https://t.co/1YH4Y1DEmN pic.twitter.com/2RDdGtxlJw